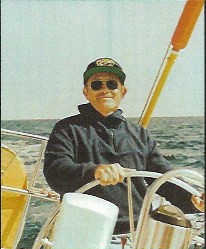 The Birth of FIBRACELL

The creator of the FIBRACELL reed and the founder of the MIRI Corporation was David Shaffer who along with his wife Joyce, first began their effort to market FIBRACELL reed in 1993. The journey to get there, however, was indeed long and arduous.

Dave was originally a musician who played the clarinet and decided to become a music educator. He began teaching school band in Ohio back in the 1950’s before eventually moving to California. Early in his teaching career he realized the tremendous need for an alternative to cane reeds for his students.

Every day he witnessed his young woodwind players struggle with their cane reeds and he felt that there must be some way to remove this cumbersome and constant burden from them so they could just simply play and enjoy their instruments.

They were having to spend a lot of time finding a reed that worked and then getting it moistened so it would play and then constantly fussing with it and often times even damaging the reed tip and having to get a new one in the middle of band practice.

Dave really wanted to give his young players the opportunity for a more enjoyable experience when learning to play their instruments and allow them to more quickly grow as young musicians instead of being constantly frustrated and possibly even quitting. Having another woodwind reed option would be better for the students, better for the parents and certainly better for the school music program.

Around 1965 Dave while finishing up his 15th. year as a band director and music educator in California, he began the work of creating and developing the first composite reed material. He originally worked with Arnold Brilliant on a synthetic reed project and developed the machines and process to create an oboe reed for a product that had the trade name Fibercane.

The Selmer Company, the manufacture of the Fibercane oboe reed, that contracted Dave to finish every reed by hand and by doing so he was able to supply a quality student oboe reed. This relationship continued from 1966 to 2005, when diminished sales forced the MIRI corporation to discontinue manufacture of the product.

Even though the market for the Fibercane oboe reed was limited to beginning and intermediate students, it expanded the market for Selmer’s oboe sales.

The Fibercane reed eliminated many of the problems associated with the use of natural cane for the beginning and intermediate students. Although the material was innovative for its day it fell short of perfection as a substitute for natural cane in several respects.

The invention of FIBRACELL:

In 1971, Dave decided to try some experiments using materials which more closely could emulate cane. Dave was able to hand mold some test samples of clarinet, oboe, and bassoon that all played and sounded remarkably better than Fibercane since they were based on his new concept for the structure of the material.

Along the way, Dave was able to produce a graph, which showed how the stiffness to specific gravity ratio affects the ability of a composite to vibrate at the frequencies of natural cane. It also showed the difference between the Fibercane composite and natural cane and why Fibercane could never emulate all of these unique frequencies and therefore all of the properties of cane.

Dave marveled at the inherent design of natural cane in its cured state. With the knowledge gained from tests and experiments, Dave applied for and was issued a patent. It described a new “state of the art” for the manufacturing of composite reed material.

Subsequent tests on newly manufactured clarinet reeds showed typical clarinet overtones and 3rd-octave stability even up to a clarinet double high “c” on a soft reed. This gave Dave the proof that a perfect reed material was possible to achieve. However, it took many years, tests and failures to complete development of the formulas as well as manufacturing techniques, processes and machines to bring it to the point of marketing.

In 1993 the first FIBRACELL reeds were introduced at the 1993, NAMM show. The new “state of the art” for composite reeds is described in ultimate detail in the patent document. The invention continues to be protected by the proprietary treatment of the formulae, processes, production techniques, machines, and proprietary agreements.

The procedures developed to manufacture FIBRACELL reeds are in no way related to the cane industry. Natural cane must be farmed like sugar cane and can only survive in certain regions of the world where the climate is conducive. Natural cane has to be harvested, cured (sometimes even in seaweed), transported to the United States, sometimes fumigated and then cut into lengths, split, pre-shaped, made into blanks and then vamped, culled and packaged to be ready to sell.

Because the useful life is so short and the discarded reeds a factor, the retail pricing has a built-in limitation even though the cane industry does a magnificent job of manufacturing and marketing to try to keep the retail prices competitive.

Fibracell reeds, however, are created and manufactured in one location in the United States and even though they have a higher per reed cost compared to a cane reed they last up to six times longer than a cane reed and continue to reign as the most cane like synthetic composite reed available in the worldwide marketplace.

Since Dave Shaffer’s passing on the 14th of February 2016, The MIRI corporation continues to manufactures and market the FIBRACELL reed around the globe.